Since the launch of our Pioneer Beta Program at the end of July, Aero Glass has generated tremendous interest from the General Aviation and Augmented Reality communities. Building a solid team to deliver our sophisticated technology is instrumental to the success of the company. Today, we are happy to announce the newest members to our team – our Board of Advisers. We are lucky to have attracted such a talented and diverse group of technologists with deep experience in relevant areas.

Aero Glass looks forward to working with them to bring first class augmented reality products to global markets.  For more information, please contact us at info@glass.aero . 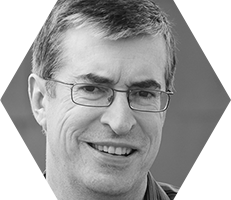 Peter is an innovator and leader with 25 years of experience in the geospatial industry, who has been CTO at two of the world’s top 200 software companies. He was an early employee and later CTO of Smallworld, which became the market leader in GIS for utilities and telecoms and was sold to GE. He was CTO at Intergraph, a leader in GIS and related applications with revenues of $600m+. He is currently a co-founder and CTO of the geospatial division at Ubisense, working on next generation enterprise geospatial web and mobile applications. He has served on the boards of industry associations GITA and OSGeo, and on the advisory boards of startups GeoIQ and PublicEarth. He is a graduate of Oxford University, where he earned degrees in Mathematics and Computation. 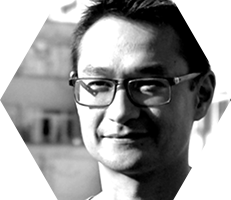 Max is a senior lecturer at Zurich University of the Arts (ZHDK), who has been teaching in both the bachelors and masters programs for the Department of Interaction Design, since 2006. He received his Diploma from Zurich University of the Arts in the field of New Media Arts, in 2003. The main areas of discipline that he specializes in are Embodied Interaction and Physical Computing. Of these topics, he conceived and developed the Physical Computing Laboratory for the Department of Interaction Design that has been running since 2006. His research and artistic interest center on interactive experiences which utilize methods from Virtual/Augmented Reality and Immersive Telepresence. Moreover, his artistic work has been recognized and exhibited in a number of international and well-renowned venues such as Biennale Venice, Italy, Ars Electronic Linz, Austria, and Yamaguchi Center for Arts and Media, Japan. 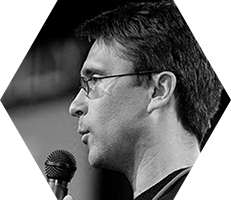 Anselm is a veteran VR/AR developer focused on helping people “see through walls”. He led the technology and development of several highly successful video games including Dragon’s Lair for Electronic Arts, and more recently R&D roles at Xerox Parc and a number of specialized entrepreneurial startups focused on Augmented Reality including Dekko, InsideMaps and Samsung Accelerator. 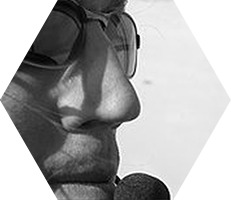 Kevin has been creating startups and engineering software for 30 years. In addition to being a founding engineer at Ciena and Pacific Biosciences he has developed hardware and software for Apple and Google. He is currently leading drone API development for 3D Robotics. He is especially interested in Aero Glass as he is an aerobatic pilot who built and flew an RV7. 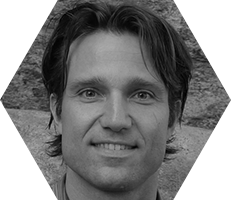 Jurgen is a Research Scientist at UCSD’s Qualcomm Institute, and an Adjunct Professor in the computer science department, where he teaches computer graphics and 3D user interfaces. His research interests include scientific visualization in virtual environments, human-computer interaction, real-time volume rendering,
and the use of mobile devices for graphics applications. He holds an M.S. degree from the University of Massachusetts and a Ph.D. from the University of Stuttgart, Germany. After his graduation he spent two years as a post-doctoral researcher in the Computer Science Department at Brown University. 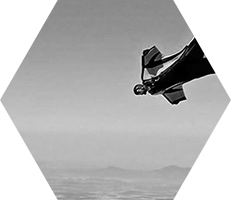 Timothy is a former Naval Aviator flying both helicopters and fixed-wing aircraft. He directed high technology military aviation programs and has extensive experience in pilot-vehicle interface. Following his military career, he evangelized Systems Engineering discipline to NASA, the FAA, and Industry on the Advanced General Aviation Transportation Experiment (AGATE) program. As a senior Systems Engineer for The Boeing Company he managed flight deck certification for wide body airliners and helped create the Boeing Joint Strike Fighter Program and the F-22 training systems. As an IBM executive he developed opportunities for integration of the Cell Broadband Engine into existing and developing military and aerospace systems.
Timothy currently is a researcher and Professor at the College of Aviation, Embry-Riddle Aeronautical University, in Prescott, AZ. An avid skydiver and wingsuit flyer, he is the University faculty advisor
to the skydiving and hang gliding club and is completing research for the new Embry-Riddle Ph.D. in Aviation. Timothy has an MSAE, an MBA, and is a graduate of the Naval War College. He also has his FAA Commercial Pilot license and instrument ratings in both fixed wing and helicopters, is a CFI, CFII, and AGI for both fixed wing and rotorcraft. 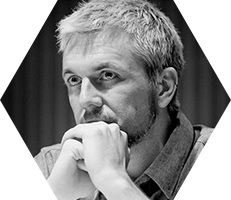 Brady is a technology evangelist obsessed with opening doors for makers, entrepreneurs, and inventors looking to launch the world’s next game-changing product. Under Brady’s leadership, PCH & Highway1 have funded over 35 companies with a focus on innovative consumer products. In his previous life, Brady co-founded Ignite: the worldwide, fast-paced geek event that invites participants to share ideas and personal or professional passions on stage. He also chaired O’Reilly’s Where 2.0, Web 2.0 Expo and ETech.